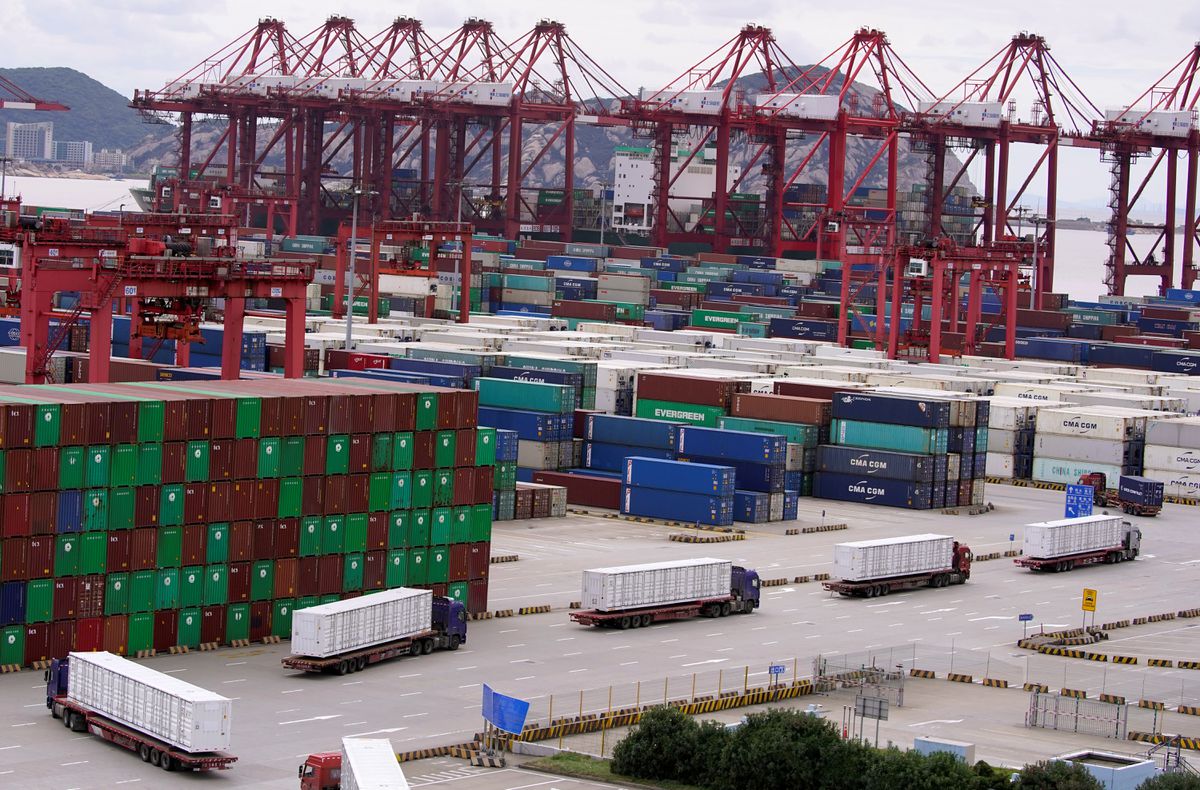 Posted at 10:14h in Blog by Dimitar Torodov
Share

LONDON, May 3 (Reuters) – Global supply chain problems look to set to worsen, a new report published on Tuesday said, as China’s COVID-19 lockdowns, Russia’s invasion of Ukraine and other strains cause even longer delays at ports and drive up costs.The study by analysts at Royal Bank of Canada (RBC) found that one-fifth of the global container ship fleet was currently stuck in congestion at various major ports.In China, ships awaiting berth at the Port of Shanghai now tally 344, a 34% increase over the past month, while shipping something from a warehouse in China to one in the United States currently takes 74 days longer than usual.In Europe too, ships from China are showing up an average of four days late, causing a number of knock-on effects, including a shortage of empty containers to take European-made goods to the U.S. east coast.”Global port congestion is worsening and becoming increasingly widespread,” RBC’s Head of Digital Intelligence Strategy, Michael Tran, and colleague, Jack Evans, said in the report, acknowledging it was hard to say when things would improve.
Ships and containers must both be available at the right time and place to prevent cancelled bookings. Any mismatch results in ships running below full capacity, hence, more are then required to move the same amount of freight.RBC said the plethora of problems was having a “domino-like negative compounding effect across various markets”.Russia’s invasion of Ukraine in late February and the sinking of several ships in the Black Sea meant insurers had hiked premiums to between 1% and 5% of the value of the ship compared to pre-war levels of 0.25%.
Marine fuel prices in Singapore, the world’s largest refuelling port, meanwhile, have jumped 66% over the past year.”Many market participants thought that supply chains would be untangled by now, but this scenario has failed to materialize,” the report said.Though vessel delays have improved fractionally over the last couple of months, the average global delay of a ship’s arrival was still 7.26 days in March, a figure that rarely tops 4.5 days in normal times, RBC noted.On the U.S. West Coast, the ports of Los Angeles and Long Beach continue to struggle to keep up.A queue of 19 vessels in Los Angeles and port level inefficiencies have seen Time of Turnaround (ToT) jump to 6.9 days from 5 days a month ago, although it is still down from the peak of 8.7 days during last year’s pre-Christmas rush.In Europe, what Russia calls a “special military operation” in Ukraine has meant several major shipping lines have suspended transport into the Baltic and Black Seas.Several key European countries have also banned Russian-flagged vessels from their ports. This has re-routed flow and is pushing increased container ship activity into European ports.The aggregate ToT for the three largest European container ports, Rotterdam, Antwerp and Hamburg, are 8%, 30% and 21% respectively above their five-year normal levels.”Significant compression of ToT times are required before we can confidently suggest a path toward normalizing shipping costs,” RBC’s analysts said. “The problem? Things are getting worse”.