What are forms in the Back Office?

After reading this article you will know:

Views can appear as Grids in the back office. A model holds one or more objects which are displayed as rows in a Grid. A form displays a single object in the Grid.

Grids are the most used type of view within Prime Freight, a big part of the grids are forms. With these grid forms you can view, create and edit objects of a model. Grid forms appear as sliding panes over the Grid and are, just like the Grids, very customizable. A form consists of 3 parts:

In this article, I will explain what these different form parts are, what they do and how you can recognize them. For a more in-depth explanation about every different setting within the Grid forms you should take a look here: Form Reference. 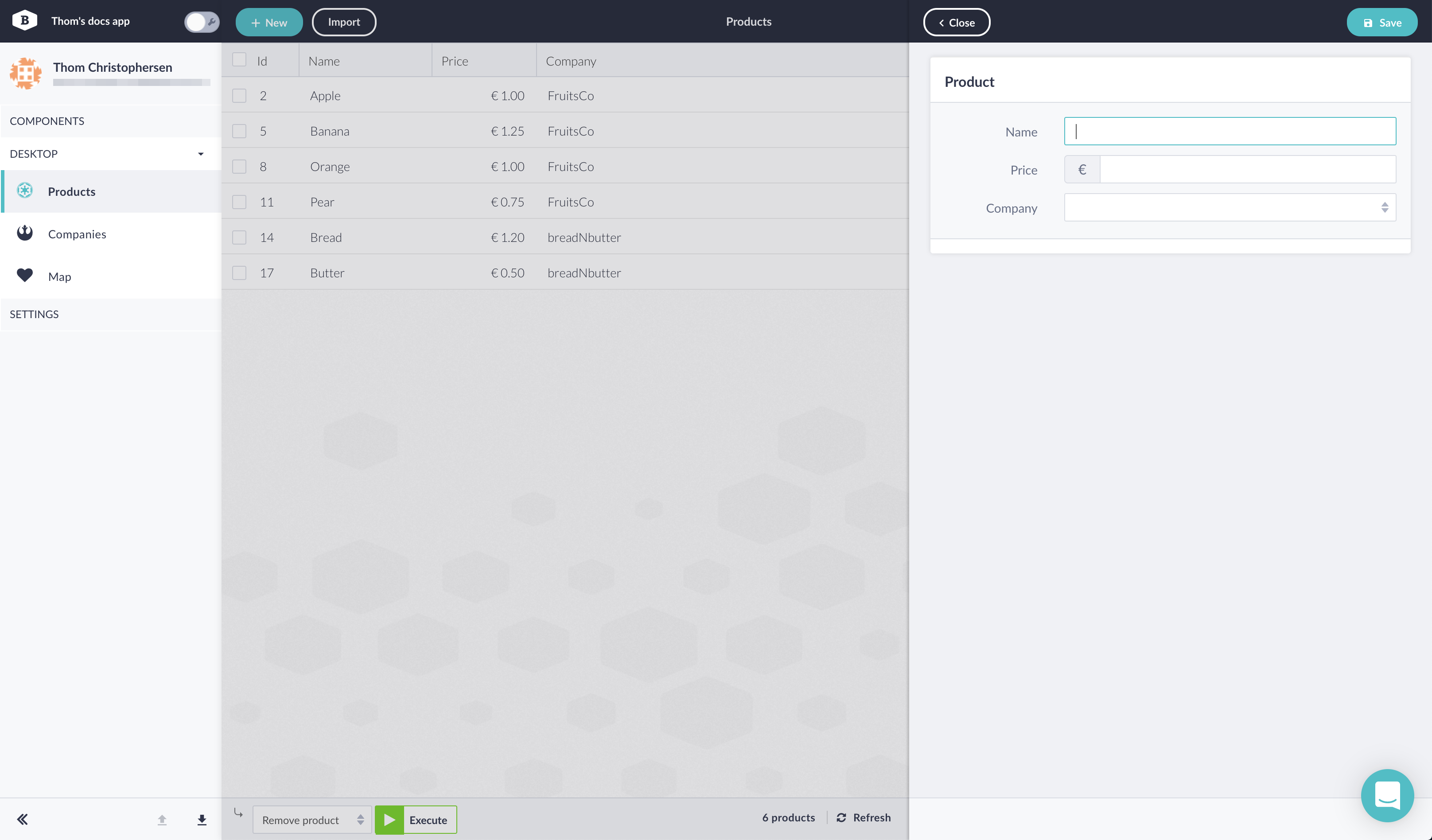 Grid forms are build out of fieldsets, you can basically see these fieldsets as containers within the form. Every fieldset is made up out of components, where you can add a value to your properties. How the component looks and acts depend on the kind of property. The components within a fieldset can easily be rearranged by dragging them when in Builder Mode. Fieldsets cannot only be used for components, it is also possible to add Grids or actions to a fieldset.

When there is a relation between 2 models you can add a subview to easily see the connected data. These subviews can be any type of view you want them to be. In the image below you can see how a subview looks when created on a form. 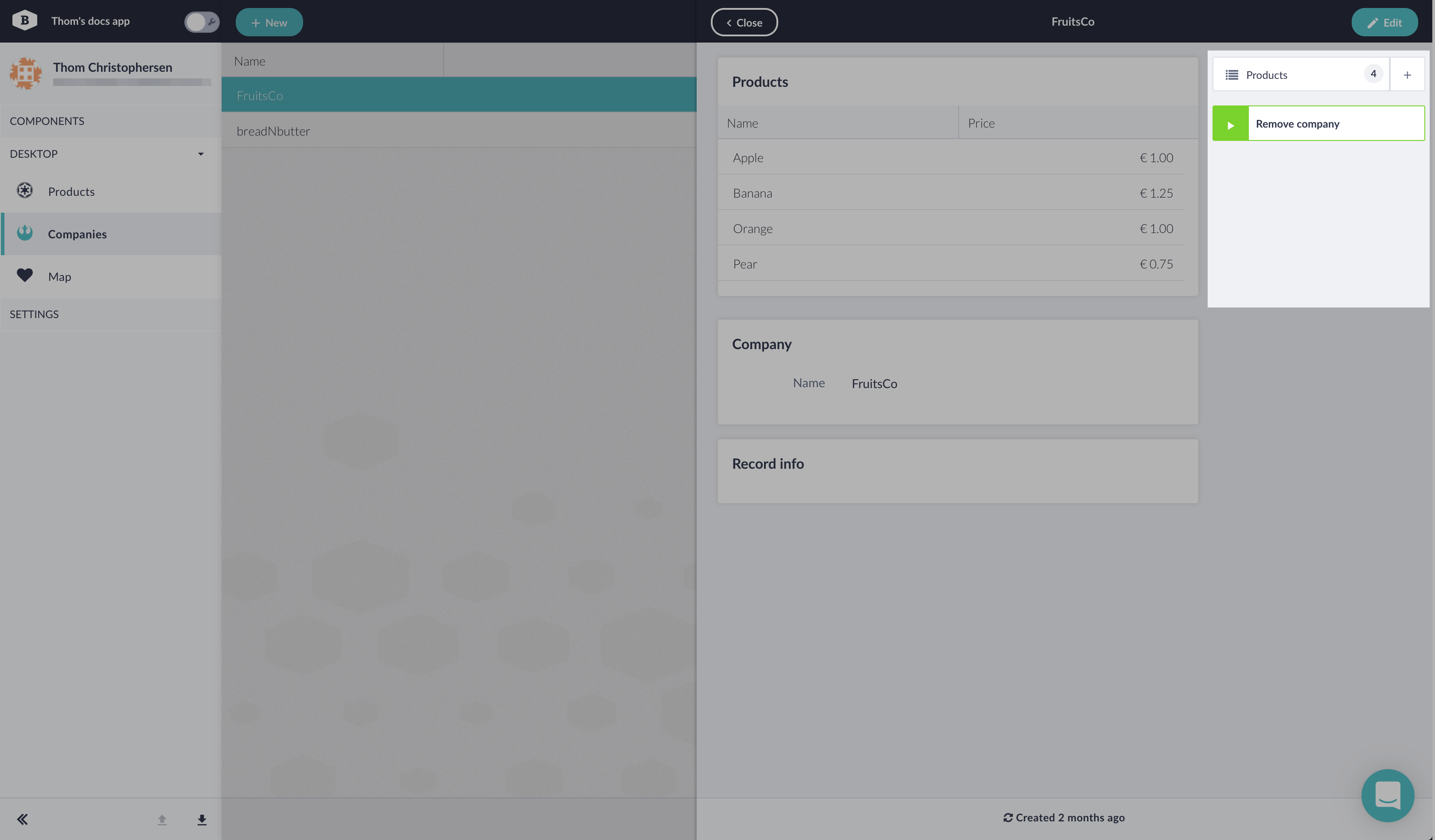 Actions can be added to a Grid form in multiple ways. They can be added to a fieldset as a button or appear next to the form as you can see in the image above. You can do anything you want with your object with these actions, you could add or remove data, or anything else that you have in mind.

If multiple users open the same form this will be shown in the top right of the form. This enables you to see who might be editing the same form as you. 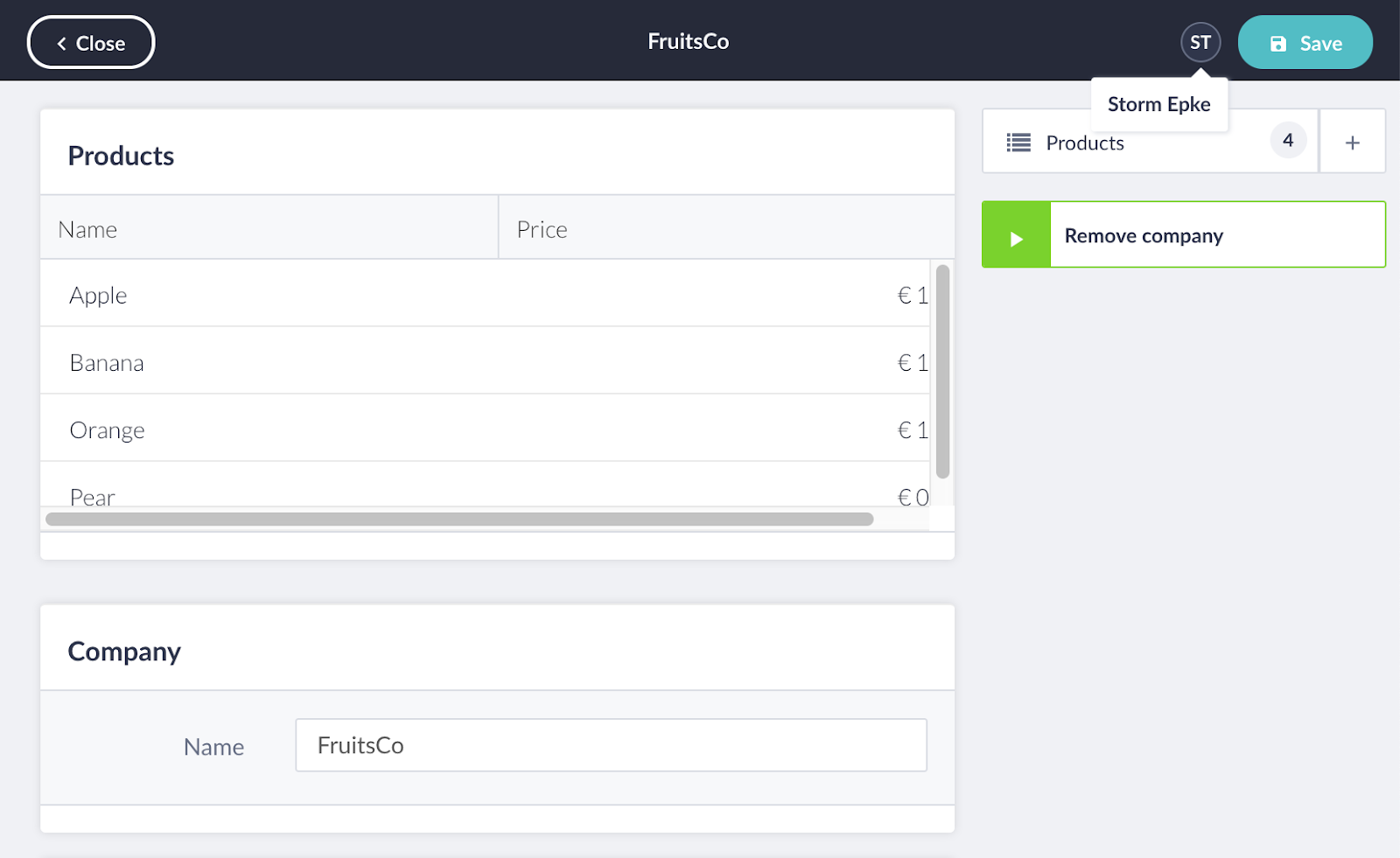