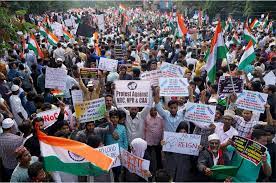 Trade unions representing dockworkers have voted to stage an indefinite nationwide strike on or after December 15 to press for various demands, notably consultation on the new Major Port Authorities Act.

The new port law was intended to transform landlord ports into independent companies with greater functional autonomy and position them in “a freer, deregulated operating environment to better compete with privately run minor ports.”

However, labour unions are concerned that the changes could result in job losses and privatization of port activities.