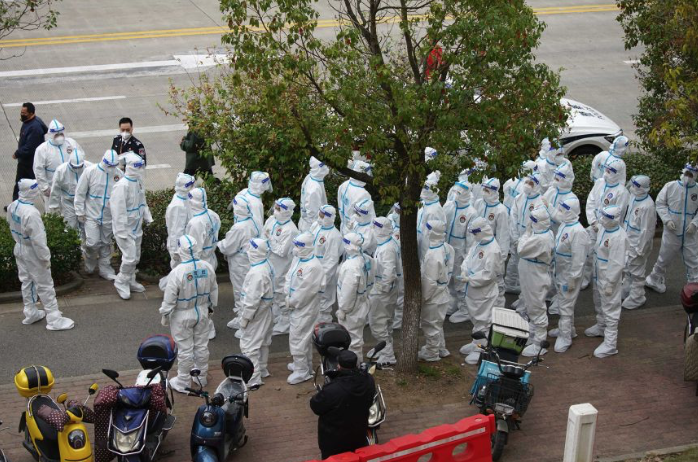 The blurred smartphone videos from Sunday night in China look like something out of a science-fiction movie: hundreds of employees in the airport parking surge in white hazmat suits to block the exit. The staff is crying. The security officers shout back into the megaphones.
The explanation that more than 17,000 employees were sealed inside Shanghai’s main Sun-day airport? Seven cases of the novel coronavirus were connected to the freight unit.
By Monday morning, Shanghai was back on the headlines, with local authorities reporting that 17,719 airport cargo employees had been screened for the virus in one night. All of the 11,544 results obtained so far have returned negative, they said. Official videos showed staff standing in orderly lines to test piano music.
Left unclear was where the staff were now. The airport spokesperson refused to state on Monday that they were either in the airport, taken to quarantine, or allowed to go home.
Earlier in the news conference, the officers blamed a cargo flight from North America as a potential cause of the outbreak, while promising freight workers had access to the vaccine.
Hundreds of flights to Shanghai Pudong International Airport were canceled on Monday, according to the Umetrip flight-trading app.