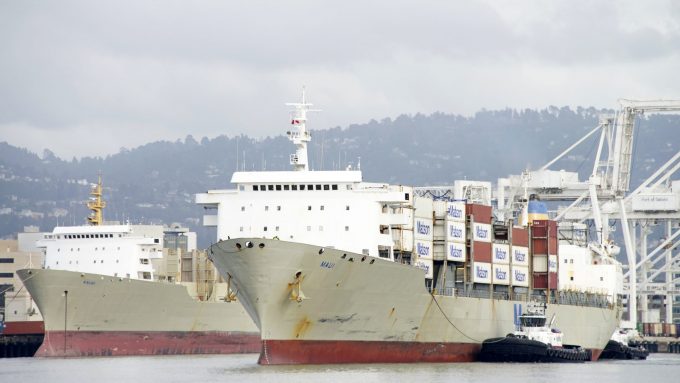 Posted at 09:20h in Blog by Anuj Narang
Share

Ocean carriers are ramping up their vessel blanking programmes from Asia as export demand weakens, but last-minute cancellations are causing chaos in supply chains and confusion within liner offices.

Moreover, shippers are having to navigate their way around ‘officially’ announced blank sailings and voyages pulled just days before arrival in China and held off the loading port, in what carriers term as ‘slidings’.

A UK-based NVOCC told The Loadstar liner sailings from China had become “pot luck” and accused carriers of running “tramp services” instead.

“When we talk to the local offices, they haven’t got a clue as to what loops are still running. That gives us a headache for our export planning, as the so-called ‘alternative services’ offered by the lines may not even call in the UK,” he said.

Furthermore, there is also an impact on the forward berthing programmes of North European container hub ports from the constant network changes, along with disruption to linking feeder and barge relay services.

For example, a Dublin-based contact told The Loadstar that, for one particular shipment recently, its deepsea vessel’s name had been changed no less than four times after the connecting feeder had left Dublin port.

“It was very worrying for our client, who kept having to change the details of the mother vessel in documents sent to the Chinese importer,” he said.

However, the alliances are understood to be reluctant to temporarily suspend loops, despite the very poor outlook for bookings, as they fear that this could concede market share to rivals in other VSA groups.

Nevertheless, it is clear that the current ad-hoc blanking strategies are not having the desired effect, of arresting the rapid decline in spot rates, that carriers had anticipated.

And Simon Heaney, senior manager for container research at Drewry, believes blank sailings on their own will be insufficient to halt the slide in rates.

“We certainly expect them [blankings] to remain a pivotal weapon in carrier arsenals to contain capacity next year, but they need to be used in conjunction with all the other levers,” he said.

Mr Heaney said these included a rekindling of scrapping, from this year’s virtual zero to close to a record 600,000 teu of demolitions next year, and, not least, an “orchestrated slippage” of some of the huge 2.6m teu of newbuild tonnage stemmed for delivery next year.

Presenting the maritime consultant’s latest container shipping market outlook briefing this morning, Mr Heaney added that liner strategy for the following year would need to be “rinse and return”, as capacity oversupply in liner trades was predicted to continue.

He said there were ways for carriers to keep the market in an undersupplied position, but suggested these could be “a step too far for regulators”.

The EC competition commissioner is currently reviewing the Consortia Block Exemption Regulation, which is due to expire in April 2024, with an interim decision thought to be due before the end of the year.

“Regulators are much more watchful of carriers, and any whiff they are curbing potential trade and doing damage to economies for their own benefit will be pounced upon,” warned Mr Heaney.