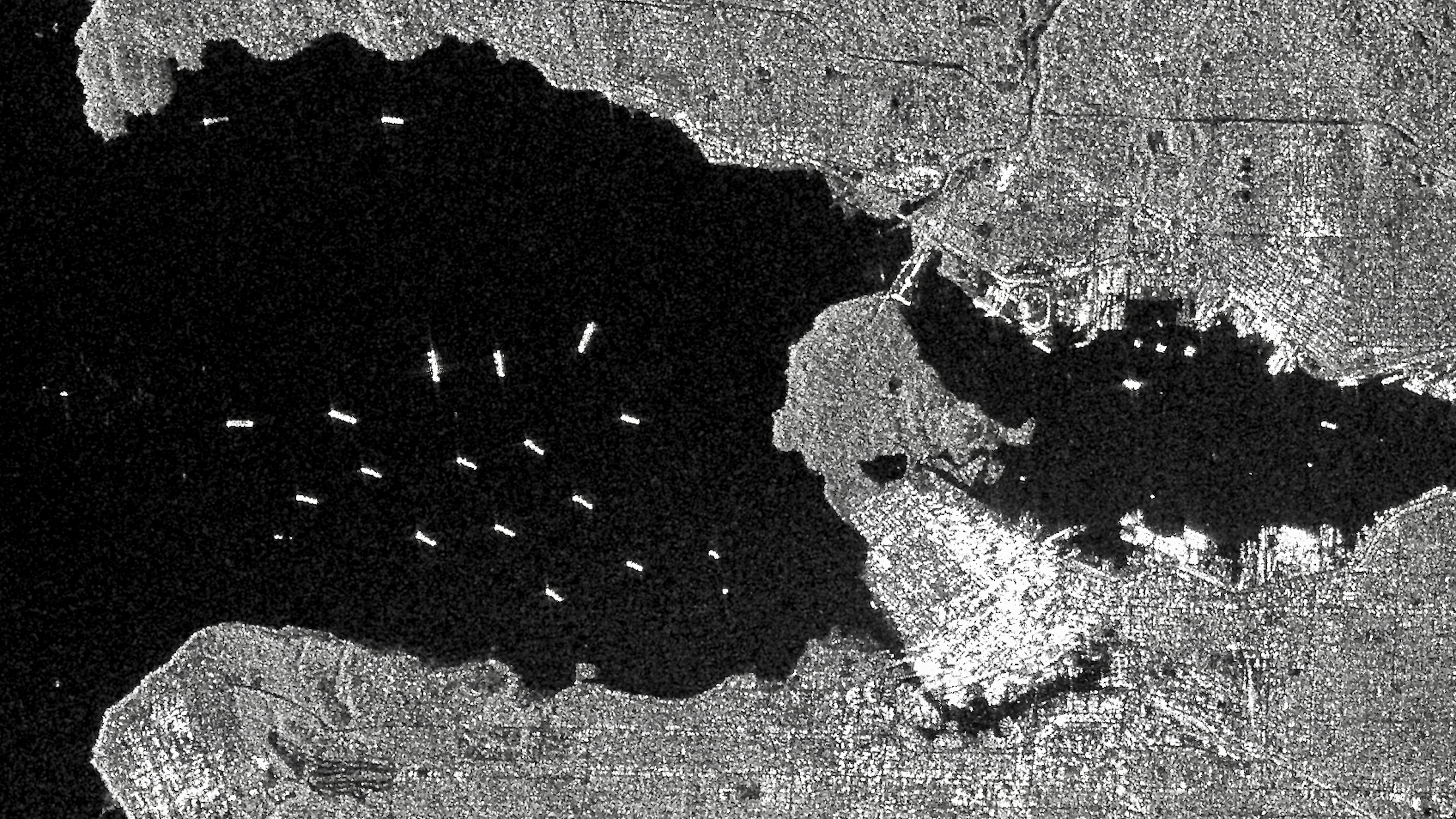 The Port of Vancouver hit a grim milestone this week as the number of ships waiting for a berth reached 60 despite the resumption of rail service.

It happened Tuesday night, and included nine container, 17 grain and 16 coal vessels. The number had dipped to 57 as of late Wednesday.

The Vancouver Fraser Port Authority, in an operations update Wednesday, reported that “anchorage demand continues to exceed capacity” as Canada’s largest port continues to battle the impacts of the flooding and landslides that hit British Columbia in mid-November, cutting off CN and Canadian Pacific rail service.

The volume of containers leaving Vancouver via rail has increased by nearly 250% in the past week, according to FreightWaves SONAR platform, but remained about 40% lower than before flooding and landslides cut off CN and Canadian CP service to the port more than three weeks ago.

Bruce Rodgers, executive director of the Canadian International Freight Forwarders Association, told American Shipper that the recovery is being hampered by the slower speeds and reduced train sizes that come with winter operations.

“We’ve got that compounded with the additional volumes coming, so it absolutely is a challenge,” he said. “We’re not anticipating any relief anytime soon.”

The catastrophic weather has exacerbated congestion issues that have been building since August. Some relief is coming as the port authority moves ahead with a project to redevelop a 40-acre site to store empty containers, with funding from the federal government.

While there isn’t any quick fix, Rogers said the current crisis should serve as a call for Canada’s federal and provincial governments to help accelerate long-standing projects to boost capacity in the supply chain, including a proposal for an expanded container terminal at the Port of Vancouver.

“We’re already at capacity in that port,” he said. “But from a government perspective, we’re sort of sitting on our hands.”

The proposed for Roberts Bank Terminal 2 has been in environmental review for years. Robin Silvester, president and CEO of the Vancouver Fraser Port Authority, recently said the congestion issues will remain at the port without the expansion.

“In five years’ time, we will see the same backlogs and issues, but it will be a made-in-Canada problem,” Silvester said during his State of the Port Address at the Greater Vancouver Board of Trade in November. “And, if as a country, we fail to approve and advance Roberts Bank Terminal 2, we risk having no path out of that for a long time.”