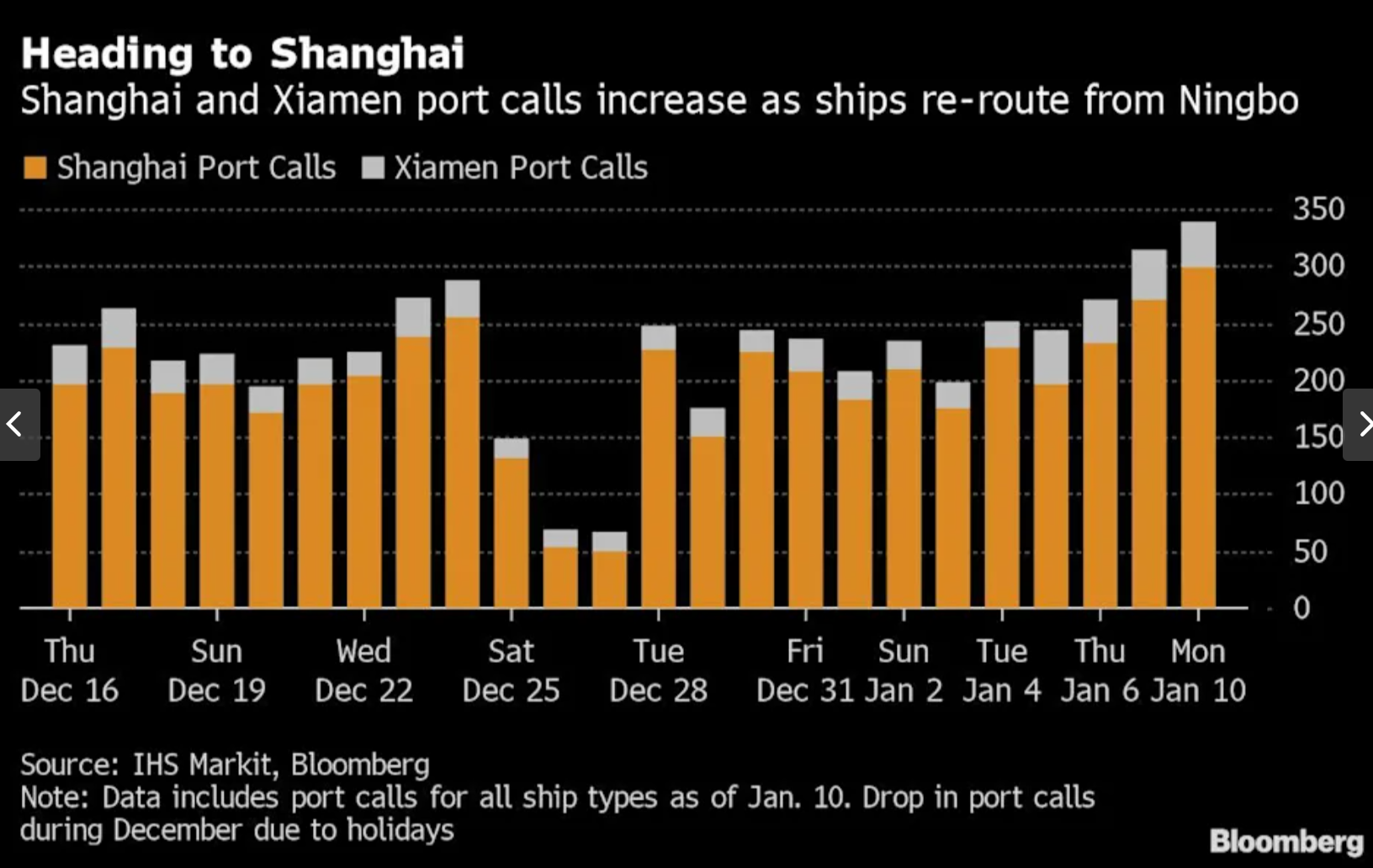 Ships looking to avoid Covid-induced delays in China are making a beeline for Shanghai, causing growing congestion at the world’s biggest container port.

Shipping firms are making the switch to avoid delays at nearby Ningbo, which suspended some trucking services near that port after an outbreak of Covid-19, according to freight forwarders and experts. Ships are also re-routing to Xiamen in the south, Bloomberg shipping data showed.

Those diversions are adding to the new wave of congestion facing China’s ports as an increasing number of cities deal with virus outbreaks. The strict testing of workers and truckers ahead of the Lunar New Year holiday at the end of this month is further stressing already strained supply chains as the pandemic heads into its third year.

In the country’s technology hub of Shenzhen in the south, testing of residents and truckers to contain an outbreak means a queue of ships has formed at the port. That’s caused the Shekou terminal to start restricting the acceptance of goods, meaning that from Friday full containers can only be trucked in three days before vessels are due to arrive, the terminal operator said Tuesday.

Meanwhile, the northern Chinese city of Tianjin ordered workers to take a half-day break for Covid testing as officials try to contain the spread of the omicron variant. Trucking capacity is estimated to be half of normal levels, and drivers are required to be tested daily before entering the port, said Alex Hersham, CEO of digital freight-forwarder Zencargo.

That outbreak has now spread to the port city of Dalian, with two people who traveled there from Tianjin confirmed to have omicron.

The influx of ships into Shanghai has delayed sailing schedules for container ships there by about a week, said freight forwarders. Those delays may then ripple outward to already backlogged gateways in U.S. and Europe, they said. Ships could start skipping Chinese ports soon due to a lack of options, according to Zencargo’s Hersham.