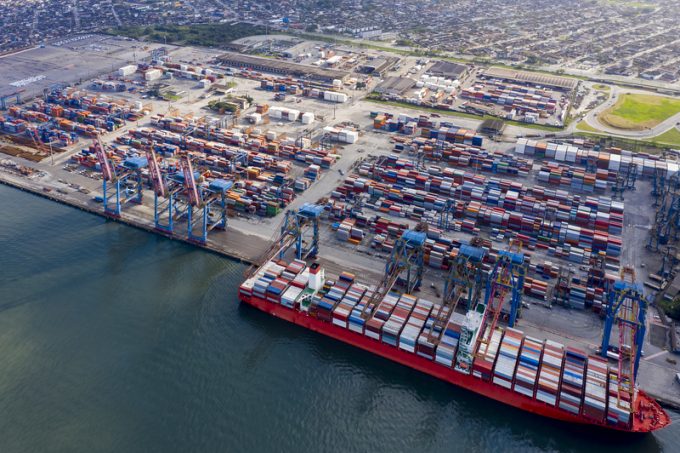 Hapag-Lloyd said today it added 13 weeks to the westbound schedule of its AS2 Asia to South America’s east coast schedule – one of two loops it runs on trade in partnership with Maersk, Hamburg Süd, MSC and ONE.

The “schedule sliding” was appropriate because of the extreme congestion caused by “the challenging operating conditions in Asia.”

The carrier told customers that adding extra time to the schedule would allow them “to cope with delays, minimizing port cancellations and disruptions, thus providing more reliable service.”

“When we look at congestion, we’ll see delays in the first quarter at US ports and elsewhere, and we won’t see a lot of blankings, but we’ll see slides because when a ship has to wait six days at one port and four days at another port, you’re 10 days behind schedule, which basically means you’re missing a week, even though you’re sailing back at the top pace, so I’m thin.

Prime Freight understands that certain members of the alliance carrier have called for an immediate analysis of their networks in order to mitigate the expensive last-minute ports-skip disruptions.

One Asia-North Europe carrier source said this week that its live schedules were “almost unrecognizable” from the official network in some cases.

“If you have to wait a week of a UK port and decide to skip and dump the boxes in Zeebrugge, Rotterdam, or Bremerhaven, then the schedule is shot to pieces,” he said.

“Some of us argued that we need to build more buffer time into the schedules and we would actually save costs by not having to make last-minute port changes,” he said.

“Now that it looks like the demand spike will continue until at least the Chinese New Year – and our visibility suggests maybe as far as Easter – I think we’ll have to look more closely at what we can do to make the network more reliable and safer,” he said.

The container reliability schedule dropped to a record low of 50.1 percent in November, according to a SeaIntelligence report. CEO Alan Murphy warned shippers that “with widespread port congestion and with carriers not letting off capacity-wise until at least the CNY,” that scheduling efficiency was unlikely to improve until next year’s second quarter.

SeaIntelligence data is based on individual carriers’ published schedules, so a specific carrier’s output can be distorted by factors outside its control, such as port congestion.

SeaIntelligence’s Lar Jensen commented that “it wouldn’t be reasonable to blame carriers for this dramatic drop in performance due to the long wait times at ports.”