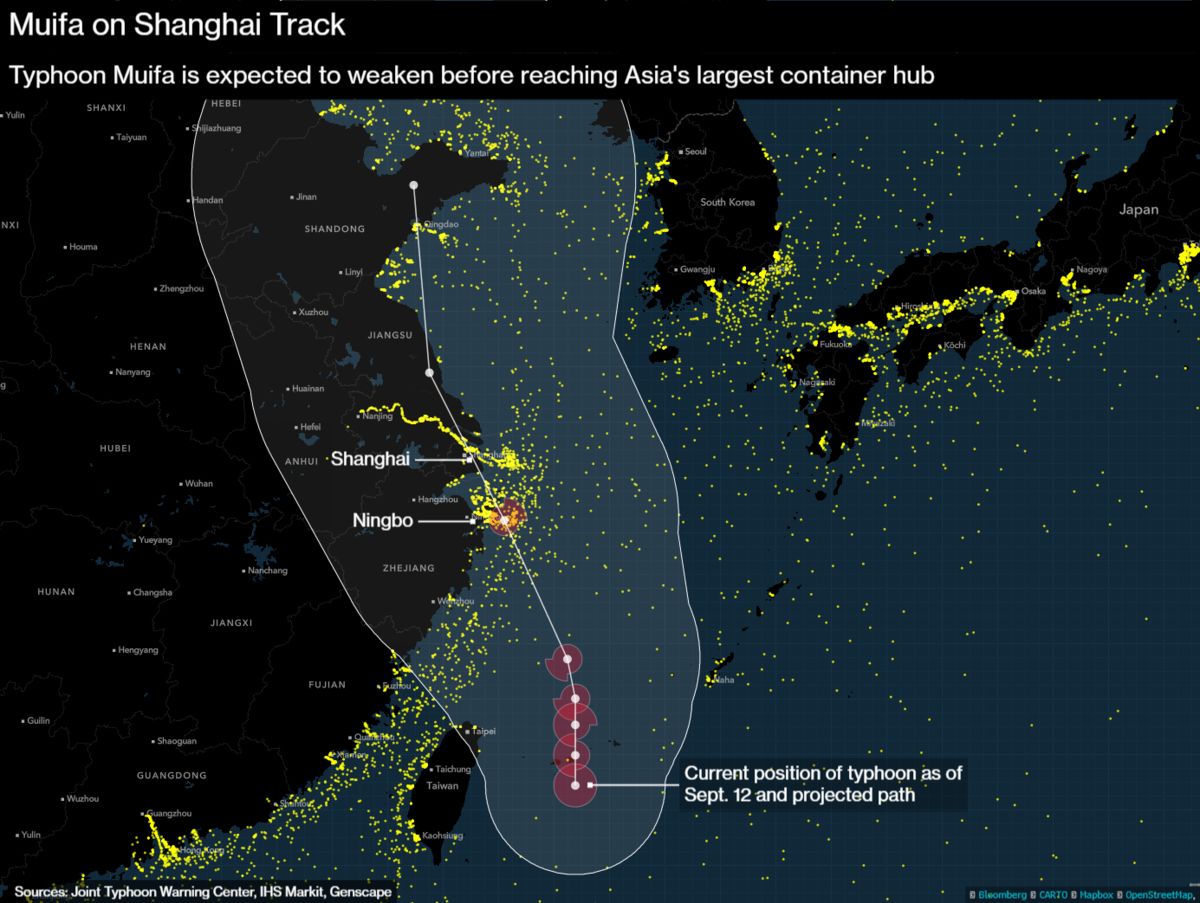 Posted at 08:54h in Blog by Anuj Narang
Share

Asia’s largest container shipping hub may face another major storm as Typhoon Muifa bears down on Shanghai and nearby Ningbo.

Typhoon Muifa is currently located east of Taiwan, headed northward with maximum wind gusts of 115 miles (185 kilometres) per hour, according to the US warning center. Japan’s ANA Holdings Inc. said 49 flights to and from the islands of Ishigaki and Miyako have been cancelled.

Last week’s storm scattered ships out of the mega-hub, and the queue of vessels is still above the 50-day average as the ports recover, according to Bloomberg data.

Despite the recent severe weather, Asia has had a relatively quiet storm season. Northwest Pacific typhoon activity this year is forecast to be 35% below normal, according to Tropical Storm Risk.