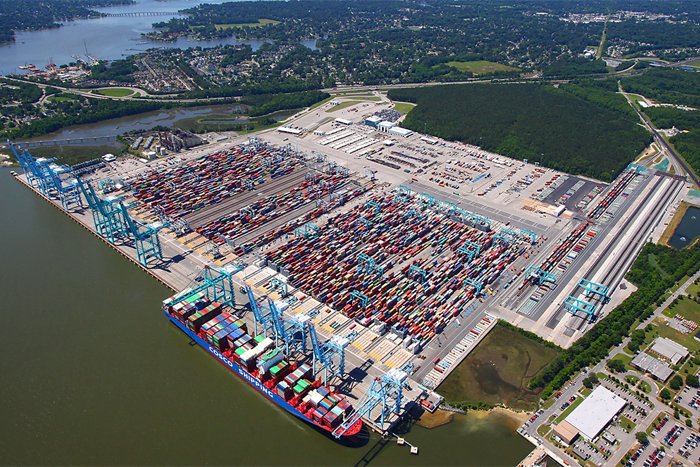 Posted at 13:37h in Blog by Dimitar Torodov
Share

Congestion at East Coast North America container ports worsened as more ships diverted to avoid West Coast gridlock, further delaying the flow of goods to consumers and effecting now the East Coast terminal, sources said Feb. 22.
There were 31 ships anchored off the Port of Charleston, South Carolina, Feb. 22 while another 13 were waiting off the coast of Norfolk, Virginia, according to Platts cFlow trade-flow analytics software. At the Port of Houston, 11 ships were anchored in queue to berth and near the Port of New York and New Jersey, nine ships were queued.

“We’ve had our boxes sitting and waiting to enter New York/New Jersey for more than two weeks,” an importer based on the East Coast said. “It’s impacted us for sure but with nearly all ports facing the same situation, there’s nothing we can do to avoid it for now.”

Port congestion at the Los Angeles/Long Beach port complex still overshadowed the East Coast, with 66 ships in queue to berth Feb. 22, down from a record of 109 ships on Jan. 9, according to the Marine Exchange of Southern California. Platts cFlow data showed four ships anchored near the ports with one drifting nearby. The Safety and Air Quality Area was established in November to reduce air pollution by keeping waiting ships 150 miles off the California coastline, and many shipping lines electing to slow steam the trans-Pacific voyage to save on fuel.

Other West Coast ports have reduced congestion during the Lunar New Year slowdown in China earlier in February. There were nine ships in queue at the Port of Vancouver and six ships waiting to berth at the Port of Oakland, while Seattle-Tacoma had eliminated its queue by Feb. 22, according to cFlow.

The longer voyage from Asia to the US East Coast through the Panama Canal loses its appeal if wait times for transit are long at arrival.