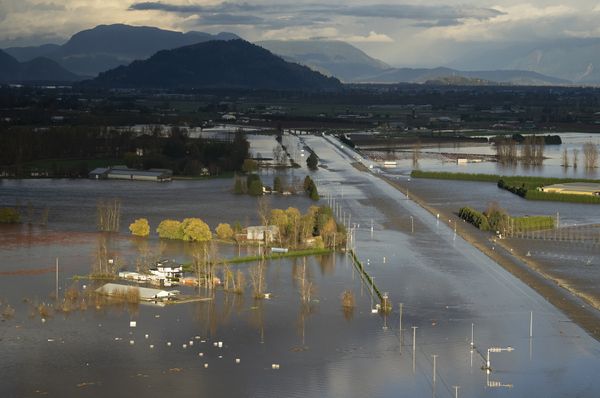 Rail and road operations servicing the Port of Vancouver remain heavily impacted by recent flooding in British Columbia.
All main routes to the Metro Vancouver and Fraser Valley regions are currently closed.

Rail:
All rail service coming to and from the Port of Vancouver is halted because of flooding in the B.C. interior. Both CN and CP Rail indicate that no rail traffic is currently able to transit to/from Vancouver.
A timeframe for re-opening of the rail lines remains TBA and will only be known once damage assessments are complete.

CP Rail; All Ramps:
– All exports destined to POV (Port of Vancouver) will be embargoed/not accepted as of midnight tonight.
– No empties to POV.

CN Rail; All Ramps:
-All export destined to POV are currently embargoed / not accepted.

We will continue to monitor the situation and keep you informed on any new developments as they arise.

Please be advised both CP/CN is currently facing weather related delays in the southern British Columbia area due to flash flooding, mudslides, train derailment, etc. Your shipment may experience additional delay while transiting through this area. Please see below for more details:

CP teams are on site and will shortly begin inspecting our tracks on the Cascade subdivision. Further broadcasts will be sent as the results of the inspection are known. Currently there is no timeframe for service to resume in the affected area.

Canada’s two largest railways are facing service disruptions following mudslides that have wiped out tracks in British Columbia and caused at least one partial derailment.

Montreal-based Canadian National Railway Co. says it is experiencing mudslides and washouts near Yale, B.C. and one partial derailment on a CP-owned track.

The track outages are hampering the movement of goods to and from the country’s largest port in Vancouver, just as global supply chains are facing challenges that have led to shortages.

The Vancouver Fraser Port authority says both railroads “have indicated that no rail traffic is currently able to travel from Kamloops to Vancouver.”