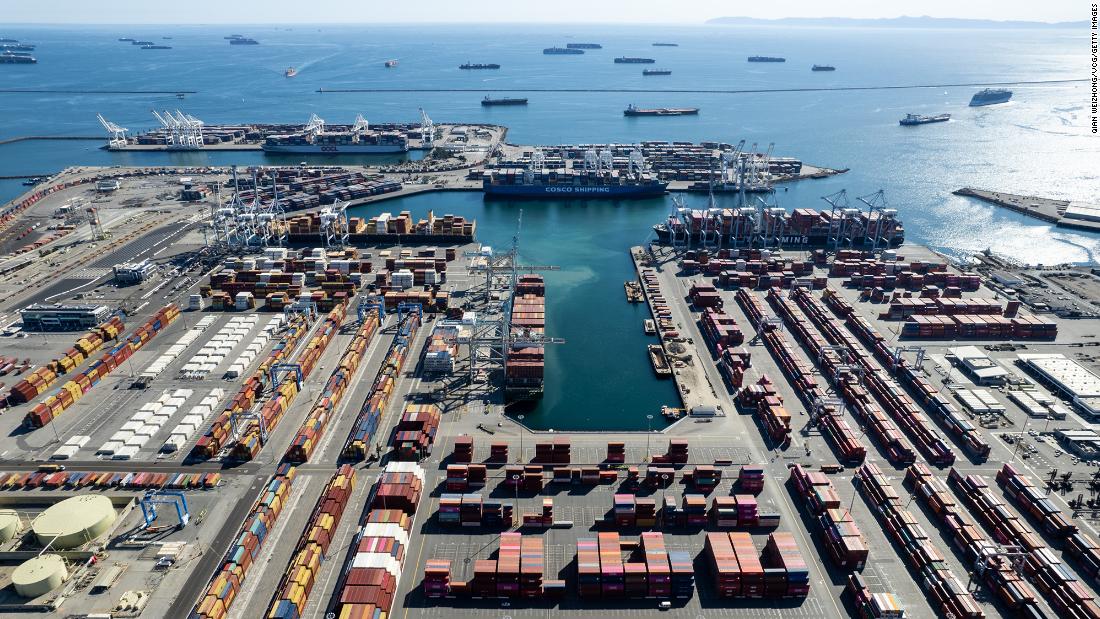 Zim Integrated Shipping Services has joined Wan Hai in diverting ships from the Asia–US West Coast trade due to congestion, suspending its expedited service call to Los Angeles for at least seven weeks.

The last ship on the seven-vessel service, connecting Kaohsiung, Shanghai, and Ningbo to Southern California, departed Kaohsiung on Nov. 5, according to Sea-Intelligence Maritime Analysis’ Sunday Spotlight. The service, known as ZX3, is set to restart Dec. 23. Zim has two other Asia-US West Coast services.

“We made changes to our services, including our e-commerce lines to LA, in view of the long delays on the West Coast, specifically LA,” a Zim spokesperson said “Some vessels were diverted to other trades where they are needed. We will keep adjusting our services to provide the best possible service to customers in view of the current supply chain disruptions.”

Wan Hai said that it was shifting vessels from its six Asia-US West Coast services to its intra-Asia services, as first reported by shipping news website Loadstar. Three of the ships are being redeployed on a new expedited service calling Ningbo, Nansha, and New York. As of Monday, there were 83 container ships at anchor off Los Angeles and Long Beach and another 31 at berth, according to the Maritime Exchange of Southern California. That, along with congestion at Chinese origin ports, has contributed to record-low ocean reliability. Only 10.8 percent of ships on the eastbound trans-Pacific to the US West Coast were within a day of their scheduled arrival window in September, according to data from Sea-Intelligence.

To encourage importers and consignees to retrieve long-dwelling containers from marine terminals and for terminal operators to be more flexible in receiving empty containers, the ports of Los Angeles and Long Beach are planning to levy an emergency storage fee. However, citing progress in removing containers that have been at marine terminals more than nine days, the ports on Monday agreed to delay for one week the imposition of the fee. The new charge was originally set to take effect Nov. 15, but has now been pushed to Nov. 22.

Maersk said it wasn’t shifting vessels from West Coast services to those calling on the East Coast, while Hapag-Lloyd said it sees little point in rerouting vessels, although the carrier has added extra loaders, and both dropped and added port calls on the West Coast.

“It makes no sense to try to move US West Coast volumes via the US Gulf or US East Coast at the moment as this requires more ships and you will simply move the bottleneck elsewhere, apart from the fact that intermodal capabilities will not be able to service such a rerouting,” a Hapag-Lloyd executive said.

Some Asia-based forwarders are seeing a shift in cargo away from the California gateways to other ports as shippers seek ways to bypass the congestion.

“Rhenus has seen decreased orders booked to the ports of Los Angeles-Long Beach, and an increasing number of orders to other ports of discharge. Prince Rupert is one of the more popular destinations,” said Nick Xu, general manager of key accounts management at Rhenus Greater China.