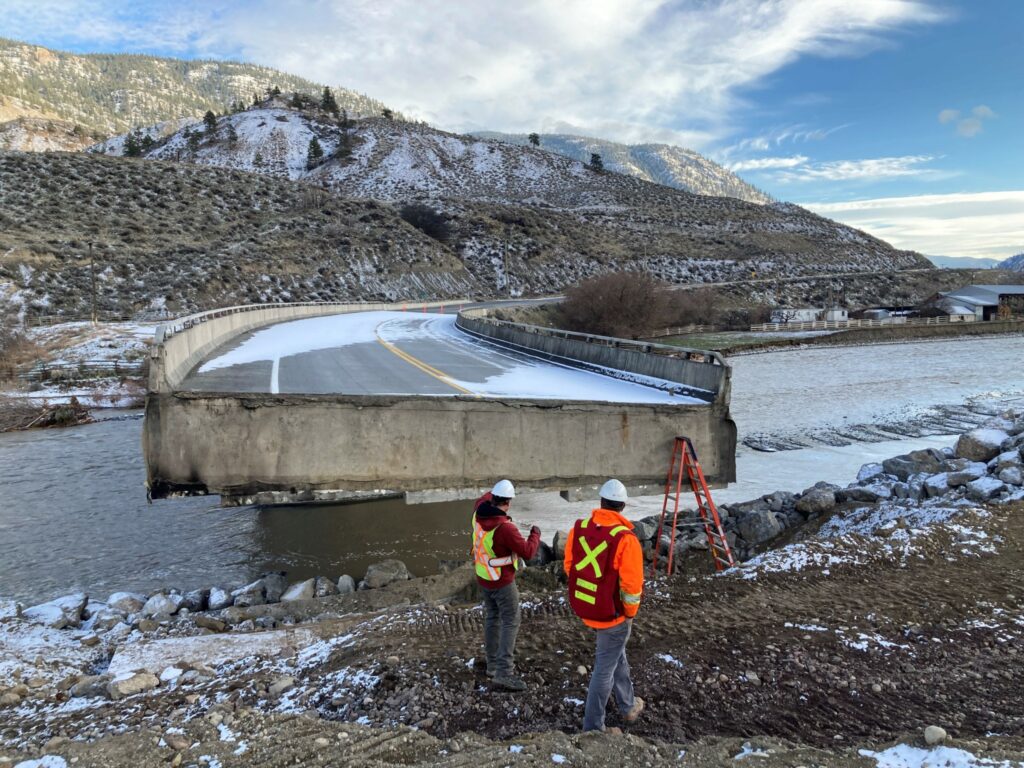 Weeks after severe flooding wreaked havoc on B.C.’s road and rail network, round-the-clock repairs are bringing a sense of stability to carriers that haul freight in the province. As for normalcy, that’s something else entirely.

A lack of predictability remains the big problem, says Dave Earle, president and CEO of the B.C. Trucking Association (BCTA). “It’s getting better. It is one thing if you know a route is going to take you twice as long as before. The problem is, when you don’t know how long the route is going to take, it is awfully difficult to plan.”

Even when the timelines stabilize, the extra hours can upend traditional schedules and trip planning activities. A commercial run from the Fraser Valley to Kelowna used to take about six hours, so a rounder could be completed in a day. Now that takes 12 hours to do, the driver must overnight in the truck, and it takes 12 hours to return. “Instead of doing two loads in 12 hours, you are doing two in 36. It’s taking a lot longer,” Earle says.

He believes the province is still months away from anything that would be considered an outright recovery. When a road network is compromised this severely, there is simply no workaround. Some traditional land freight is even moving via barge, coming out of the Port of Vancouver and sailing to Prince Rupert.

West Fraser Timber, one of Canada’s largest lumber producers, said weekly lumber shipments from Western Canada plunged about 25-30% in the second half of November following the disaster. Pulp shipments to the Port of Vancouver averaged less than 20% of normal volumes.

“We’ve lost a ridiculous number of moves, we have a long journey to dig out,” Earle says of overall trucking activity.

There is still plenty of freight to move in the province, though, and carriers are working flat out to redeploy assets to make it happen.

Dairy farmers, for example, are back to about 90% of milk being transported, and the share continues to increase. But B.C. Dairy Association chairman Holger Schwichtenberg says his milk – and the milk from many other producers – was not picked up for six or seven days because of flooded roads. As of late December, some roads to affected areas were still not passable.

“Even though the cows are being milked, the roads have to be tested before you have a B-train going down it,” he says.

“For a lot of us in the industry, it was a bit of wake-up call on how dependent we are on those three roads – Highways 1, 3 and 5 – and roads in general.”

Gerry Desilets, of Merrit, B.C., hauls small loads of cattle and knows alternate routes can also be steep. “Instead of going in with big trucks we have to go with small trucks and trailers and transfer [the cattle],” he says. More trips mean additional expenses and time, and the ever-present danger of something going wrong on smaller side roads.

A team effort involving the government, dairy and commodity groups, church groups, and volunteers with trucks and trailers helped move most cattle to safe places during the height of the natural disaster, although about 480 dairy cows, heifers and calves still died as a direct result of the flooding.

“Each day it gets a little better,” Schwichtenberg says. “The silver lining is the help we received and people’s ability to stop what they were doing and lend a hand where necessary.”

Even the trucking industry itself has been contributing more than moving trucks and trailers to the recovery efforts. Trucks for Change, along with the Canadian Trucking Alliance and provincial trucking associations, raised more than $50,000 for the Canadian Red Cross to support flood victims.

But it’s still not trucking as usual. Not yet.

“It was never designed to handle this amount of commercial traffic and volume,” he says.

To compound matters, many of the drivers have never traveled the challenging route that is steep, winding and narrow. It’s why the BCTA is working with other provincial trucking associations to deliver extra information to B.C.-bound carriers. For winter trips through the mountains, drivers need to enter with tanks full of fuel, and extra food, water and warm clothes in case things go awry.

“Some drivers are not comfortable on the highway, some are not equipped to deal with it,” Earle says. “This is winter. You are in high mountain passes. You show up with half-bald tires, no chains, you are going to have a bad day.”

Commercial vehicles opened only to essential commercial traffic as recently as Dec. 20 on the Coquihalla Highway (Hwy. 5) between Hope and Merritt. And the U.S. Federal Motor Carrier Safety Administration (FMCSA) also extended an emergency declaration that allows Canadian trucks to cut through the U.S. when bypassing areas isolated by floods and landslides, adding to relief under U.S. Customs and Border Protection’s temporary in-transit program.

“We are months and months and months away from seeing something that approaches normal. The destruction is unbelievable. This is going to be a very, very long journey,” Earle says. He adds the B.C. Ministry of Transportation and Infrastructure is examining what can be done to protect infrastructure on high mountain roads, and expects the government will build structures to further protect the road network.

Such work was undertaken on Hwy. 99 about 20 years ago, and it is now well protected. Earle says. “But these routes are a whole different beast. It’s going to take some really creative engineering to figure out what the solutions are.”

As for the year to come, Earle says he has given up predicting what 2022 has in store for his province’s trucking industry. In 2020 it was the onset of Covid-19. Last summer there were devastating wildfires. “These fires burned so hot. It looks like an ash tray,” he says of that natural disaster.

“Now we’ve had the flooding,” he says. “It has been disaster after disaster, and I hope 2022 will be better.”